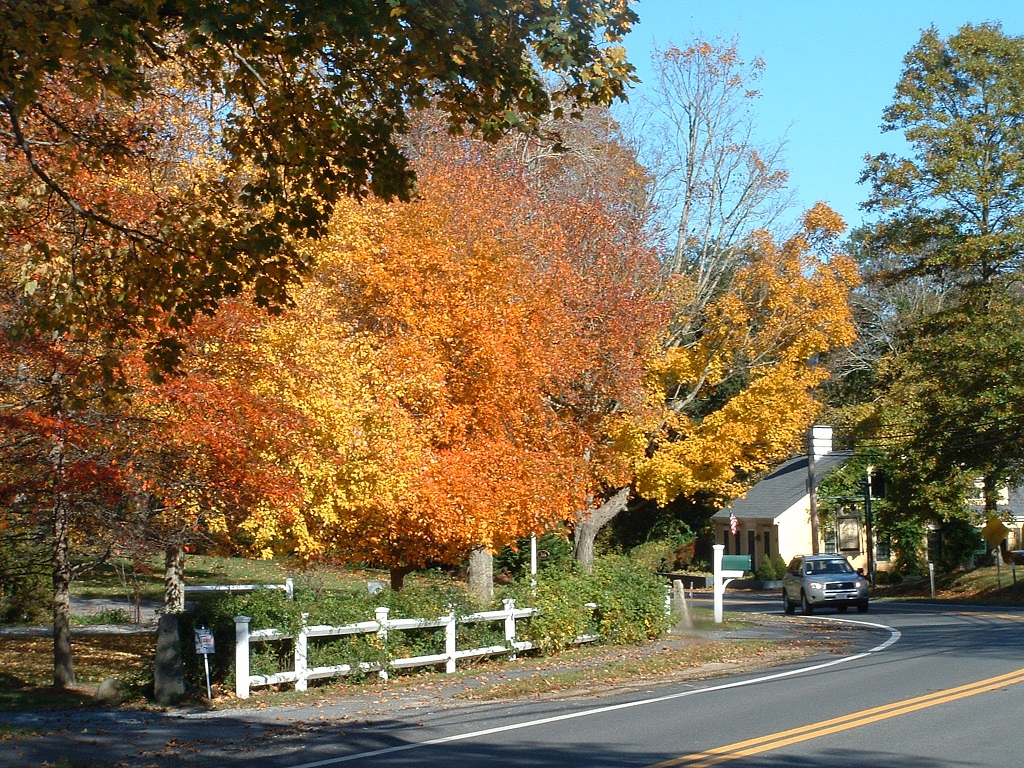 Who doesn’t love a charming, meandering road, once that forces you to slow down and take in the sights? One where a unique diner, quirky roadside attraction, or tempting antique shop catches your eye and makes you pull over for a closer look.

This past January, Old King’s Highway on Cape Cod, The Mohawk Trail in western Mass, and The Battle Road in Concord, Lincoln, Lexington, and Arlington, were all named as new National Scenic Byways, along with 49 others across the country. Until now, the Commonwealth had just one other, the Connecticut River Byway, which was approved in 2009.

The National Scenic Byways Program is part of the Federal Highway Administration and seeks to “create a distinctive collection of American roads, their stories and treasured places.”

The 49 new designations to the America’s Byways collection, including 15 All-American Roads and 34 National Scenic Byways in 28 states, increases the number of America’s Byways to 184 in 48 states.

Some of the factors considered in designations are a roadway’s intrinsic qualities – archaeological, cultural, historic, natural, recreational, and scenic – national or regional significance; overall visitor’s experience; and long-term sustainability. Along with inclusion in the 2021 National Scenic Byways Program Designations Booklet, the new byways will be added to the America’s Byways website.

About Old King’s Highway
The 34-mile-long Old King’s Highway extends through seven communities along the Cape’s north side from Bourne to the Eastham/Orleans border. It is the backbone of the Old King’s Highway Regional Historic District, enacted in 1974. Attractions along the way include sea captain houses, pilgrim churches, historic buildings, cranberry bogs, salt marshes, preserved farmlands, and much more

About The Mohawk Trail
The Mohawk Trail, which opened in 1914, is one of the first auto-touring roads in the country. Running 69 miles through both deep forest and historic towns, it passes world-class art museums, early 20th-century tourist destinations, scenic hikes and dramatic vistas, and either crosses, or runs along, five major rivers—the Millers, Connecticut, Green, Deerfield, and Hoosic.

About Battle Road
The Battle Road follows the approximate path of the British regulars during the battles that marked the start of the American Revolution on April 19, 1775. The byway runs along approximately 15 miles of roads through Arlington, Lexington, Lincoln, and Concord, including part of the Minute Man National Historical Park and encompasses a plethora of historic attractions.

About Connecticut River Byway
Running through Massachusetts, New Hampshire, and Vermont, New England’s longest, most powerful river tells the story of clashing continental plates and glaciers, of Abenaki living on the land, and of colonial settlement among fields and forests. Visitors can experience traditions, history, farming heritage, natural beauty, and recreation along the Connecticut River Byway, according to the America’s Byways website. The route is almost 500 miles long.

Want to meet fellow Girl Campers? Sign up here for events. Open to all!