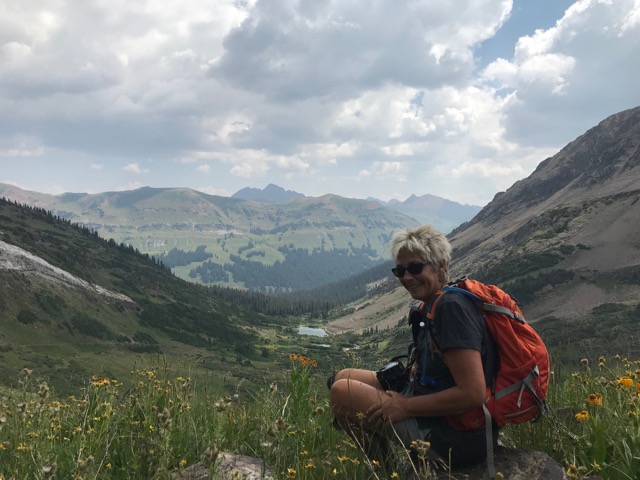 On this week’s show I have the honor of interviewing a woman I greatly admire, Vicki Hill. Vicki is an avid hiker, outdoors-woman and experienced Car Camper.  She keeps her trips as simple as possible in order to keep her focus on what she is there to do, enjoy the great outdoors. Vicki’s love affair with hiking began later in life by most people’s standards. She became interested in hiking and camping while chaperoning Boy Scout trips for her two teenage sons. She fell in love with the outdoors and bought some camping gear to use as a family when not camping with the Scouts. After her sons aged out of Scouts Vicki and her husband camped with them as a family. When her sons and daughter headed out to start their own lives Vicki found few people who shared her passion. She soon realized that while she enjoyed the company on a camping trip, she didn’t need someone to come along with her in order to do it.

This past summer Vicki left her home in Kansas for an extensive trip hiking and camping on her own. She travels in her car without a trailer or even a tent and has honed her layout and equipment down to just what she needs. She is a bare bones camper who enjoys dispersed camping in out of the way places where she can really enjoy the feeling of space. I learned so much from Vicki about her “rules” for a woman camping in such out of the way places completely alone. She and her husband have a system for communicating that all is well (or possibly not) when she is in places with little or no wifi. To listen to Vicki’s interview click on the arrow at the bottom of the post and be prepared to be inspired. 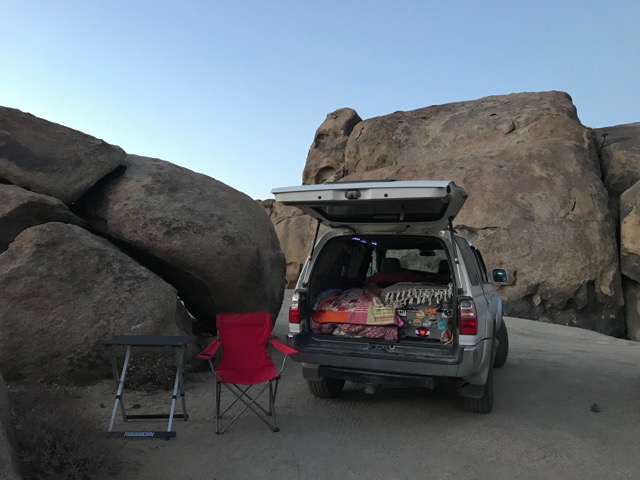 “Another super fun place to camp was Alabama Hills, along the CA395 just outside of Lone Pine. Camping in between the giant boulders where many western movies have been filmed.” Vicki Hill 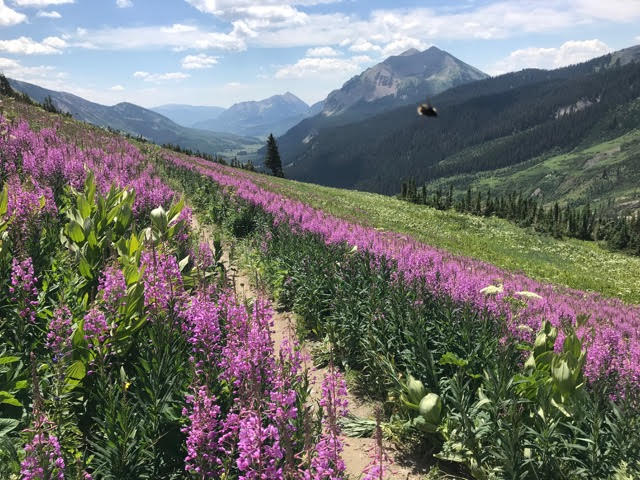 “One of the most beautiful hikes in Crested Butte….the 401 Trail. Lots of wildflowers along this trail with fantastic views into Gothic Valley (caught a bumble bee flying by!)” Vicki Hill 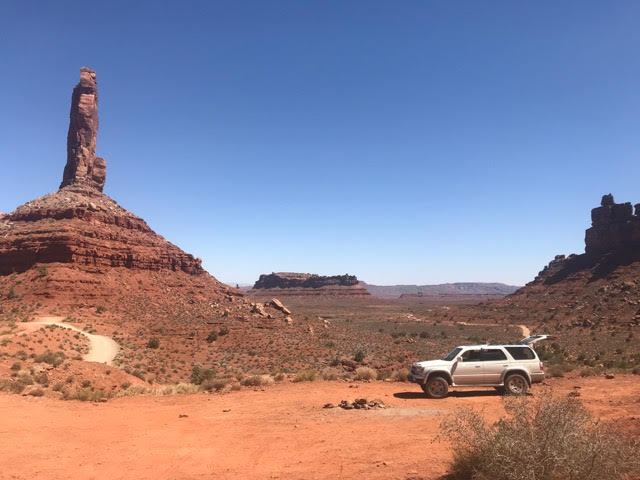 “My newest discovered most awesome campsite in southern Utah in Valley of the Gods…I could see for miles & no one else was camping near me.” Vicki Hill 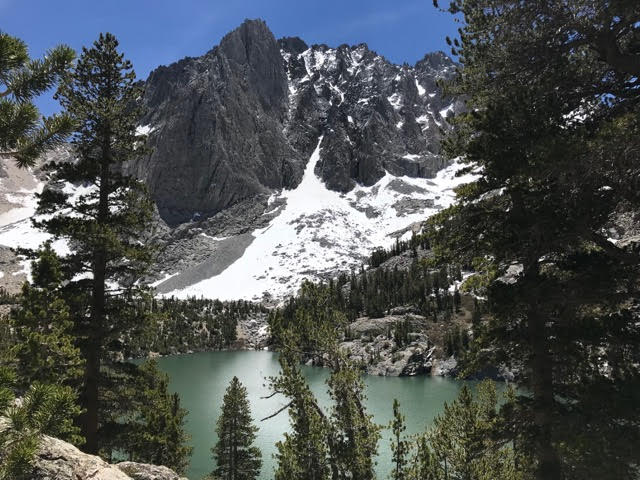 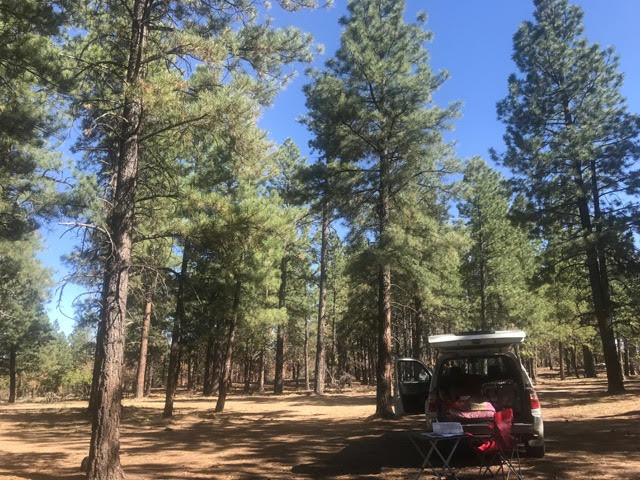 Dispersed camping in the National Forest outside of Blanding, UT…peaceful, private & beautiful