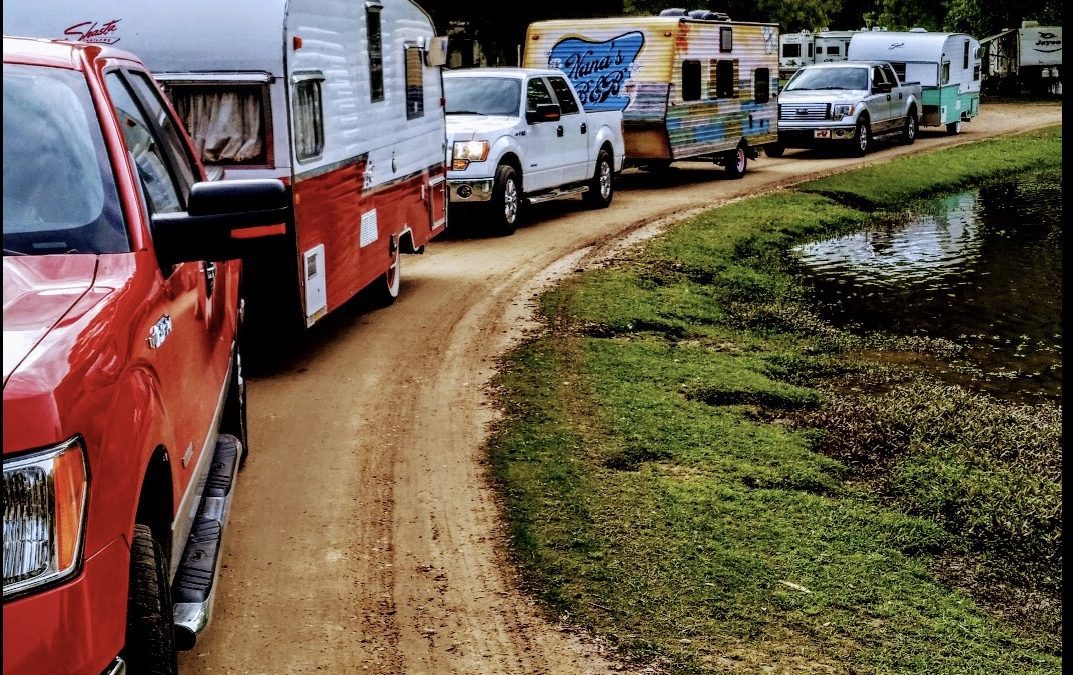 On this weeks show I welcome DeBorah Loomis.  Her entry into the Girl Camping World reads like an episode of I love Lucy. Every imaginable thing went wrong but Deborah just kept searching for that side door. She was determined to make her dream happen. Her story is a lesson in hope, perseverance, and faith. 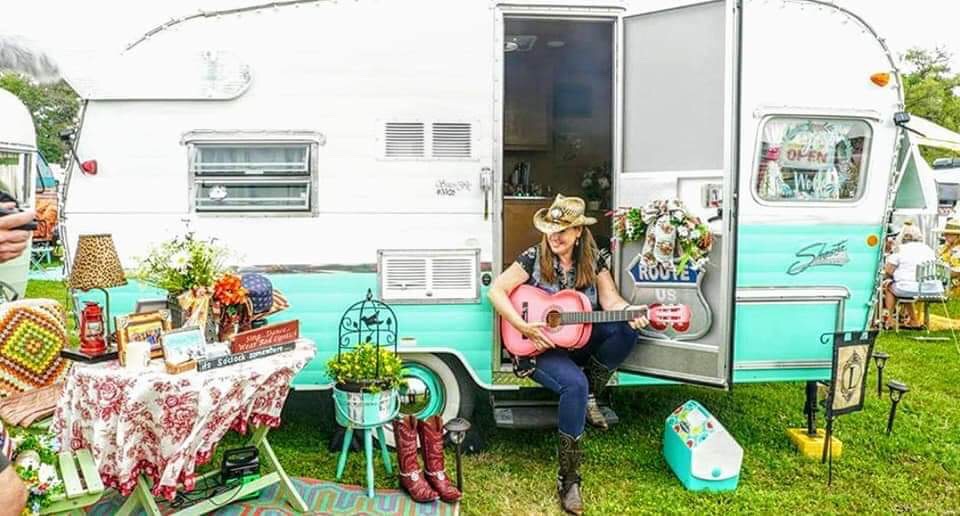 DeBorahs come a long way since her first outing two years ago. She is at one with her trailer now.

It had been years since DeBorah camped but she somehow stumbled onto the Girl Camper Podcast and then the Sisters on the Fly. She felt an instant kinship with the group and made up her mind to buy a trailer and learn to tow. 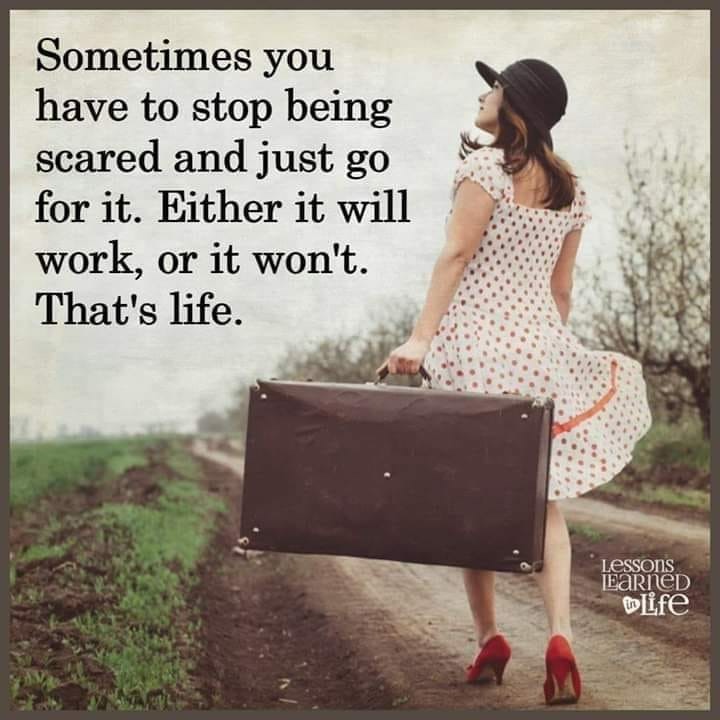 This meme from DeBorahs Facebook Page sums up her attitude toward joining the Girl Campers. Sometimes paralysis by analysis can stop a dream in its tracks.

DeBorah learned to tow by jumping in the deep end and just doggy paddling until she got it. Her son accompanied her from Georgia to Indiana to pick her trailer up. She just got behind the wheel and took verbal tips and encouragement on her way back to Georgia. 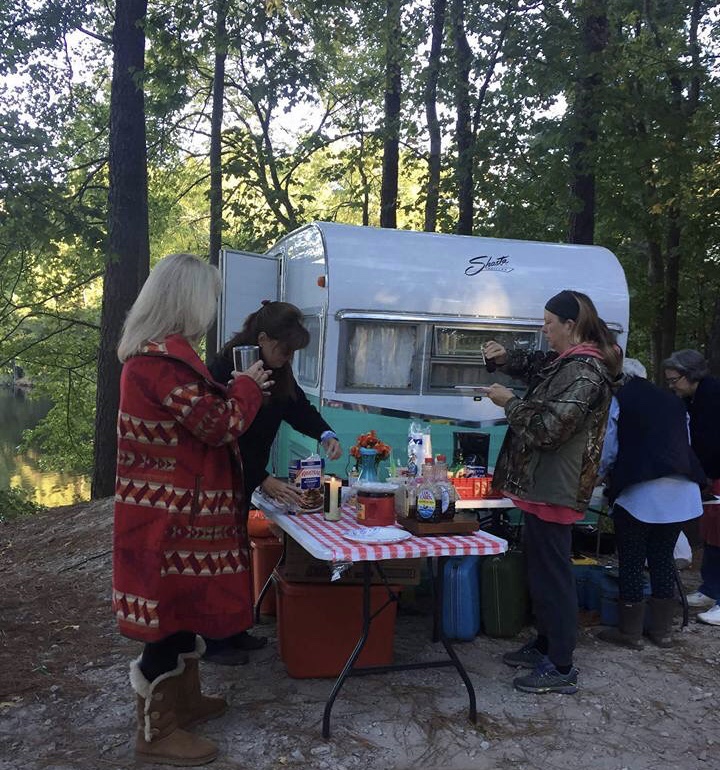 DeBorah’s first outing would have pushed most people over the edge but she was raised by a “can do” mother whose never say die attitude kept ringing in her ears.

After two years of trip taking two or three hours from home Deborah bit the bullet and signed up to do a trip with the sisters on the fly in Texas. She caravaned from Georgia with two other sisters on the fly. It was a grand adventure and a great conference builder. 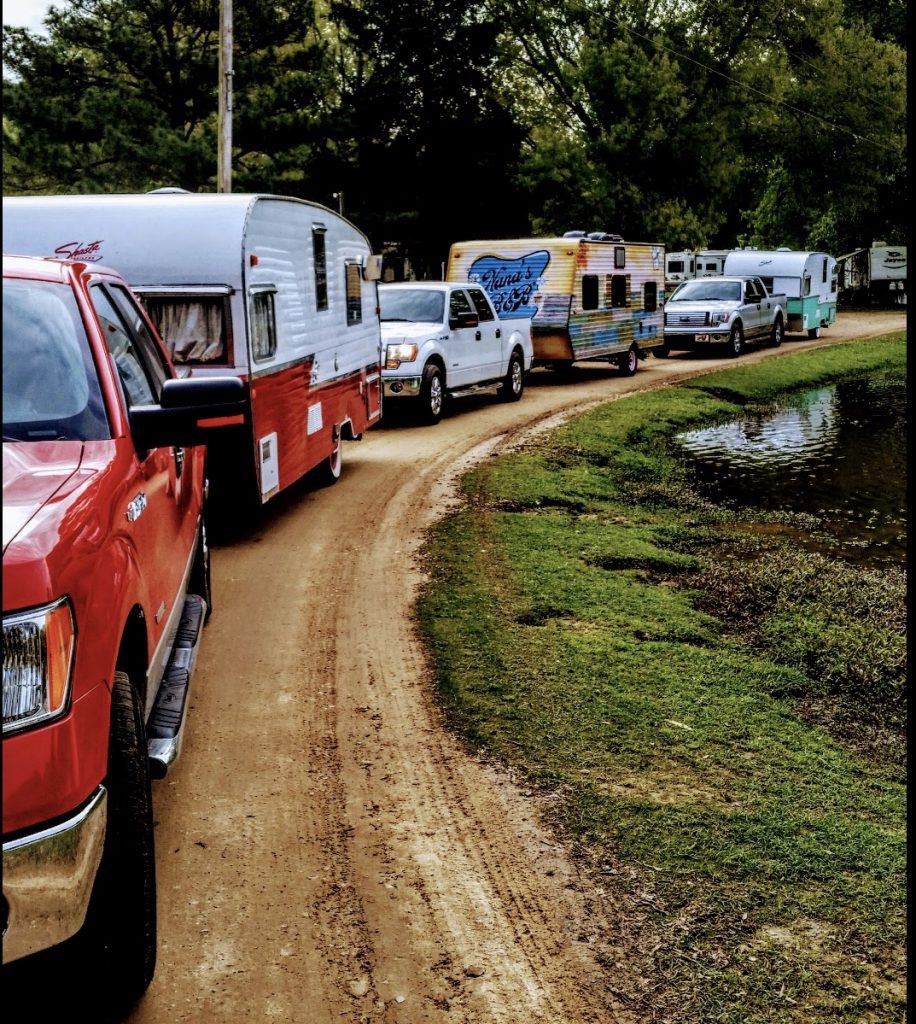 DeBorah, Patty and Debra caravanned from Georgia to Texas for the Junk Gypsies Prom. 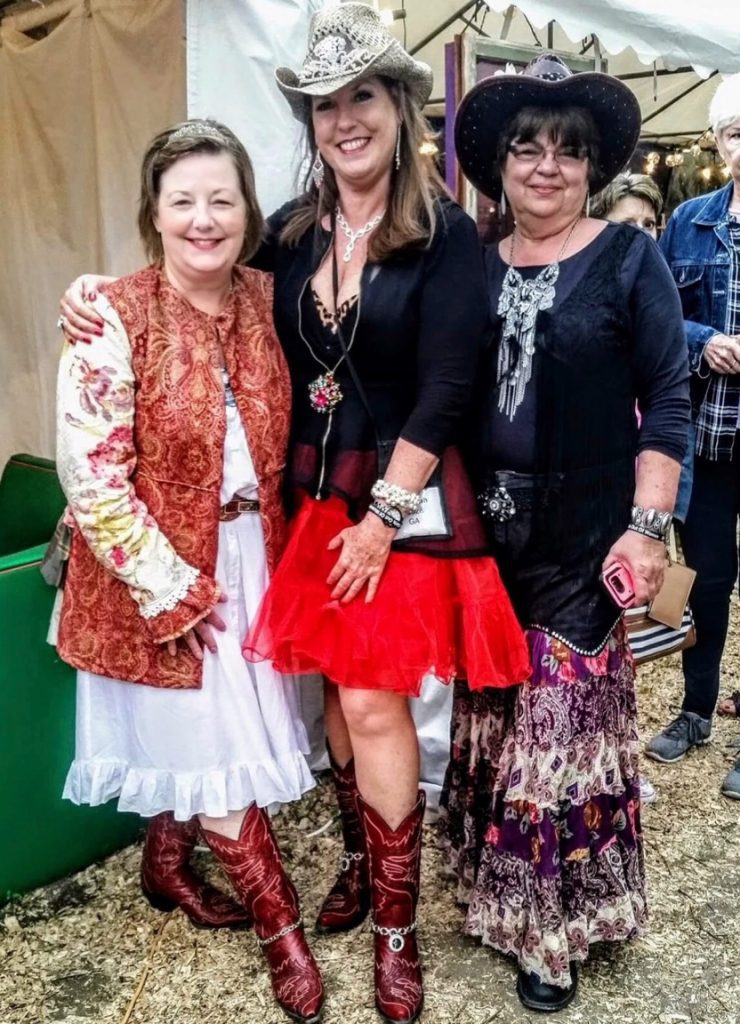 Me, DeBorah and our mutual friend Patty Acheson in our cowgirl bling at the Junk Gypsy Prom in Round Top, Texas. 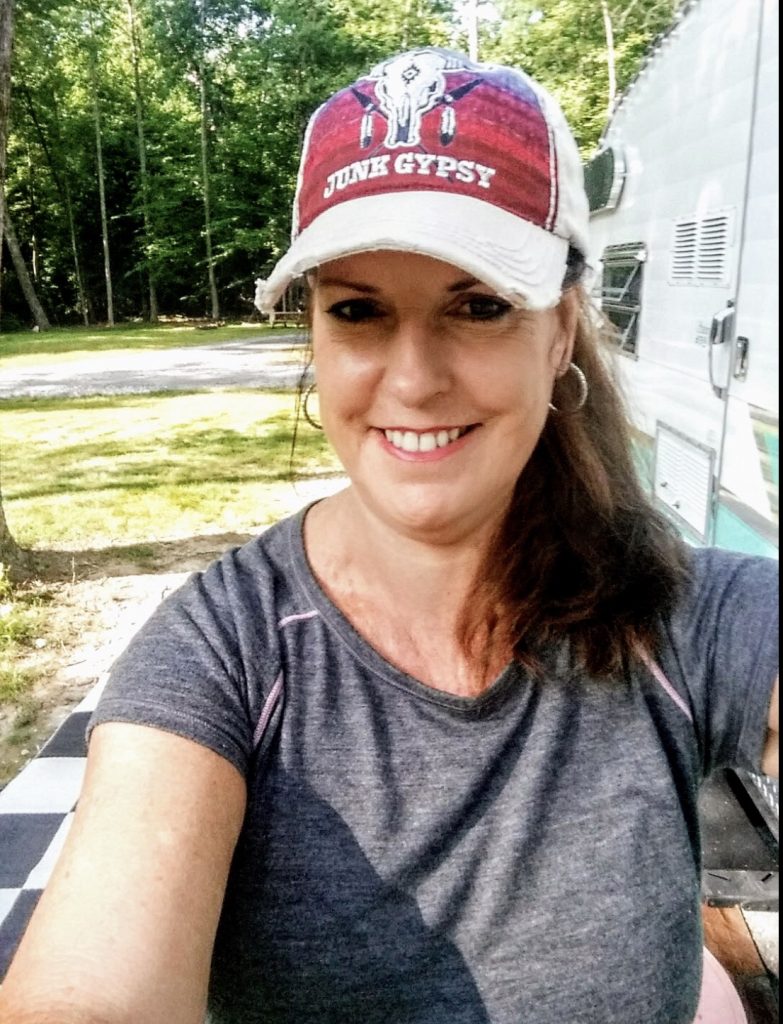 Now that DeBorah has made a BIG road trip she plans to spend the next year camping at least once a month without returning to any place twice.