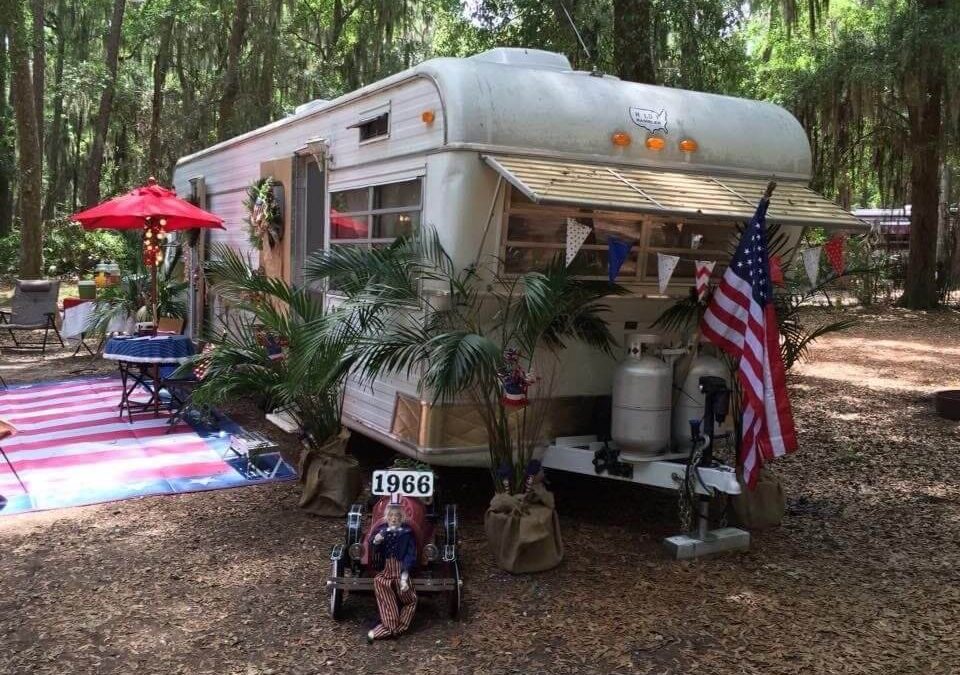 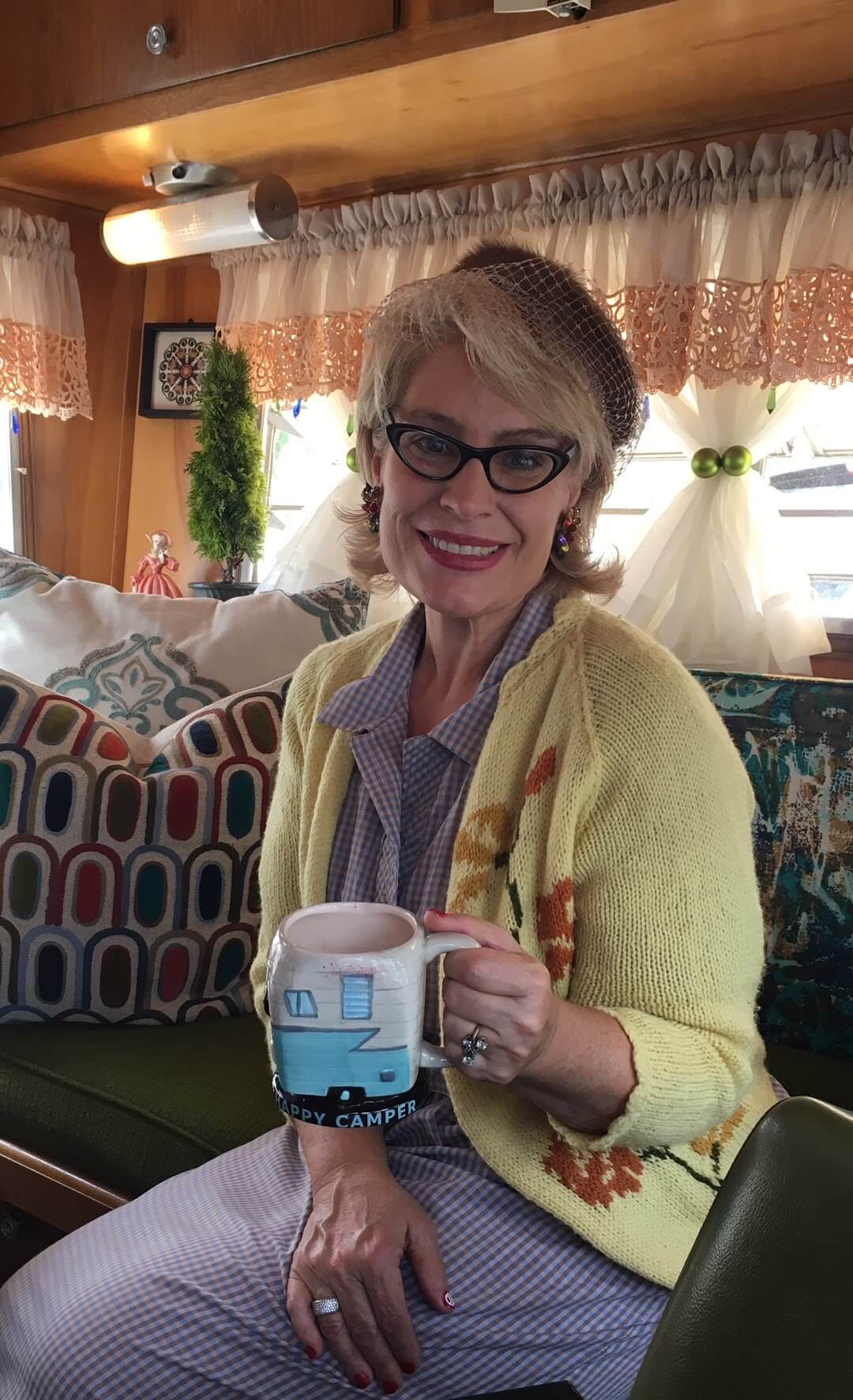 I found this trailer on a Craigslist post one Saturday evening, 11:30pm. The post was listed in Wisconsin but the trailer sat in Des Moines, Iowa with a price tag of $3,000. One photo was featured in the post as she sat in a field with all the interior lights on. I knew right away this was the trailer for me because of her size. 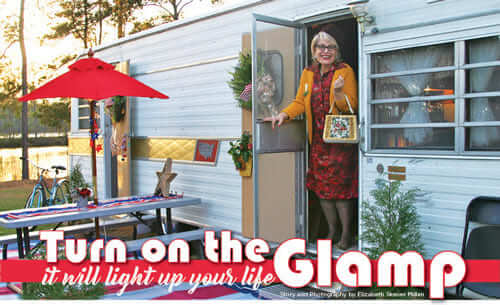 The Craigslist post stated if interested in making the purchase, I was to text my contact info and someone would be in touch. So I texted my name, telephone # and email address. 5 minutes later, I heard back from the seller. I asked how the interior of the trailer was, and they texted back, stating it needed some work. So I thought, well, it’s a bigger trailer than the average vintage trailer, and if the inside is bad, I will make it right.

I was asked to wire $500 from Walmart to Walmart. The owner put a security ? on the transaction. The ? was, “What is the color of the bathtub? I thought, “Bathtub”! So I sent a text inquiring about the bathtub. The returned text read, yes, there is a bathtub in the trailer. So thought, ok, this is sounding better and better! So, the $500 was confirmed that it was received by the seller. Next step was to purchase a tow vehicle, and put in a weeks’ vacation at work. The following day, I went vehicle shopping and found a lovely GMC Denali. It came with a towing package and the larger engine, which was needed since the trailer weighs 5200 pounds. 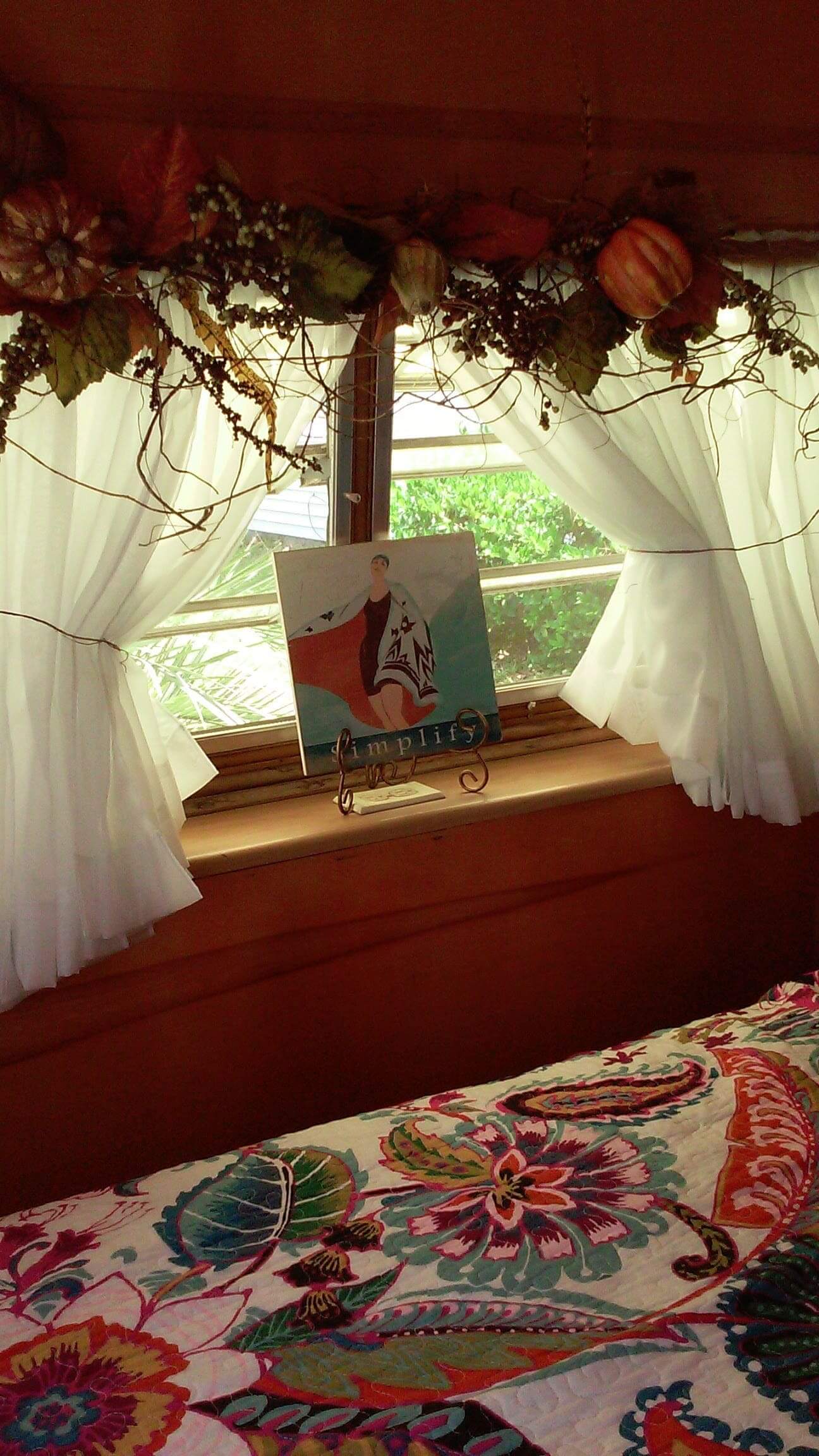 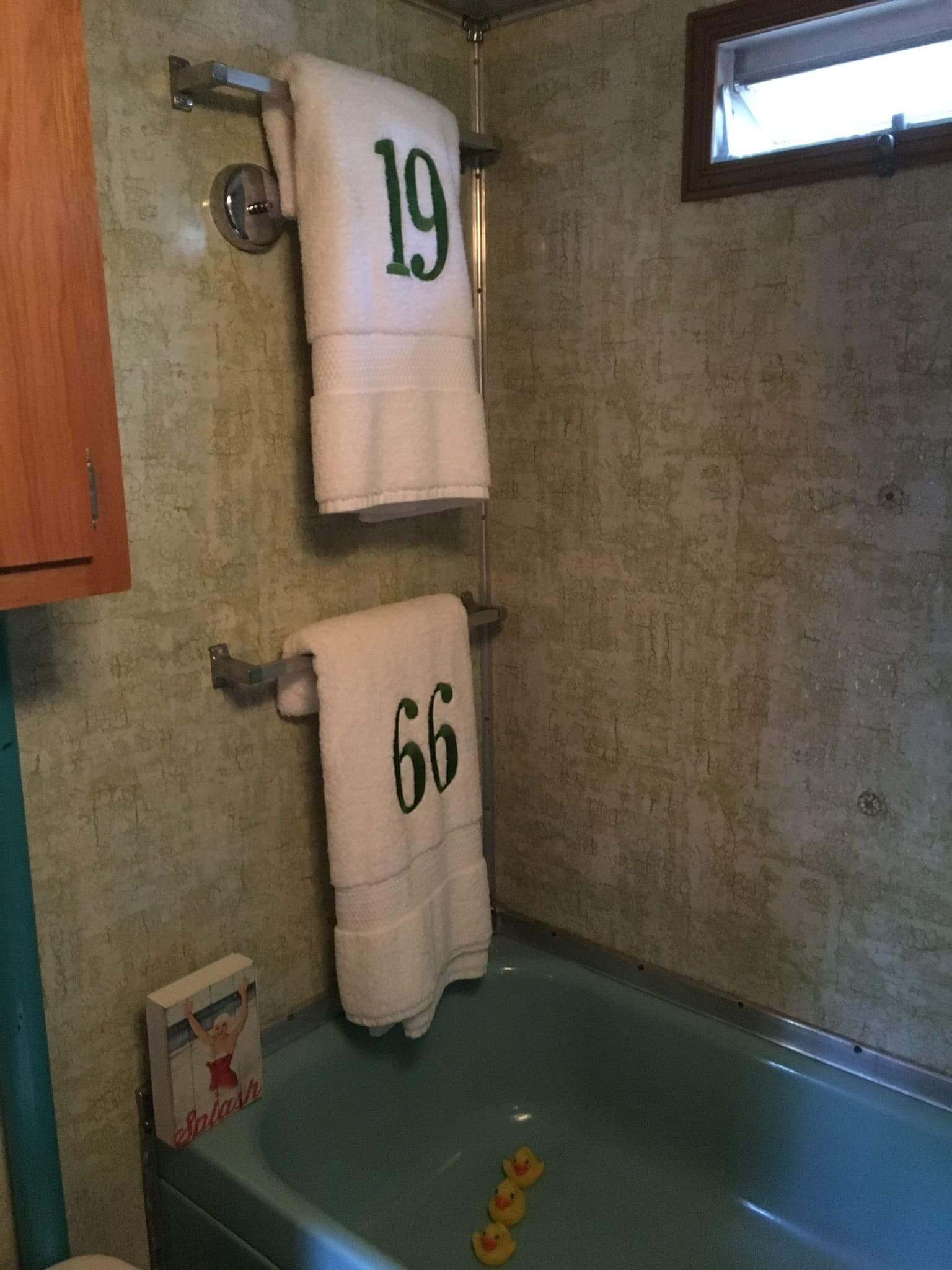 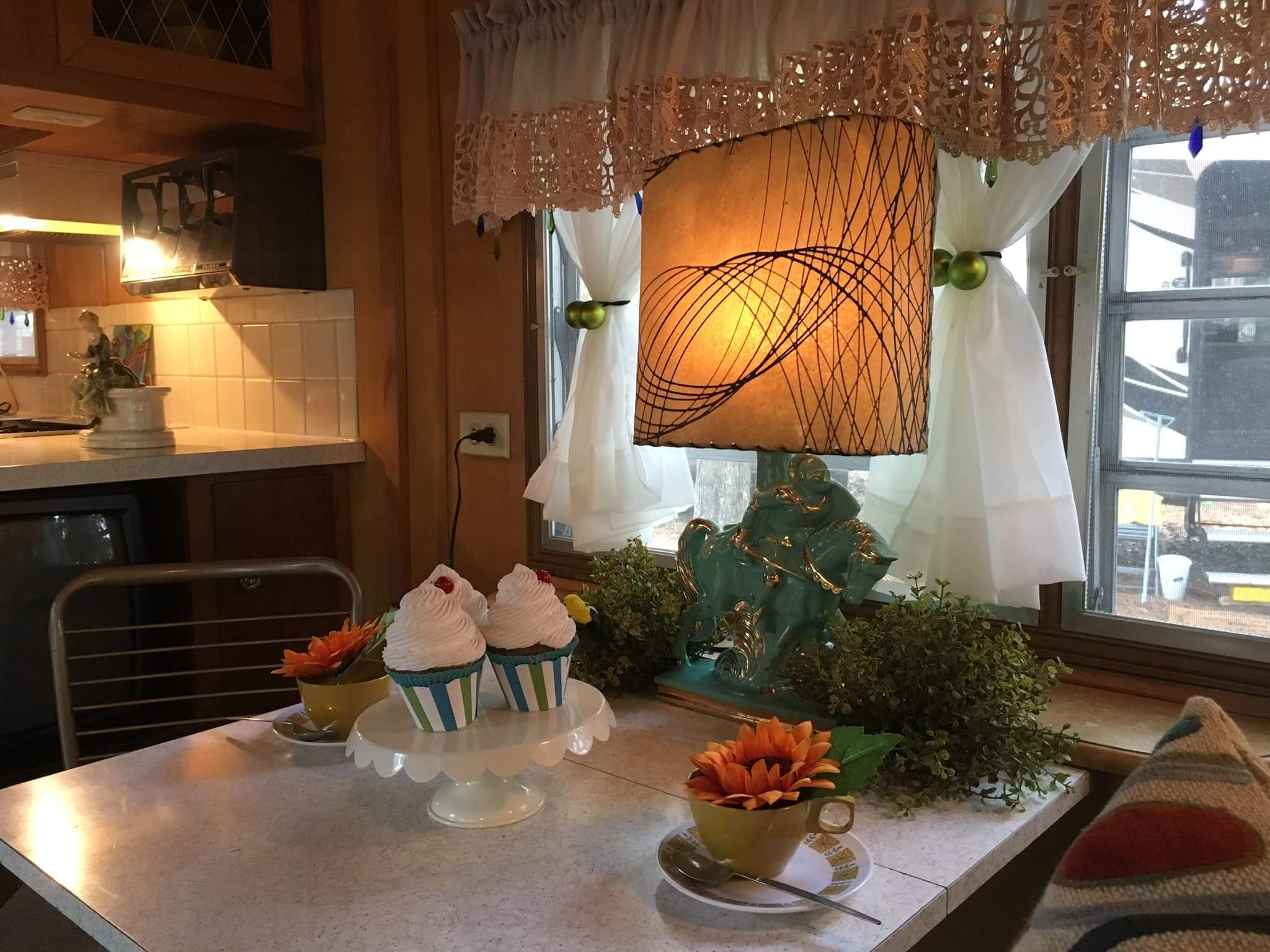 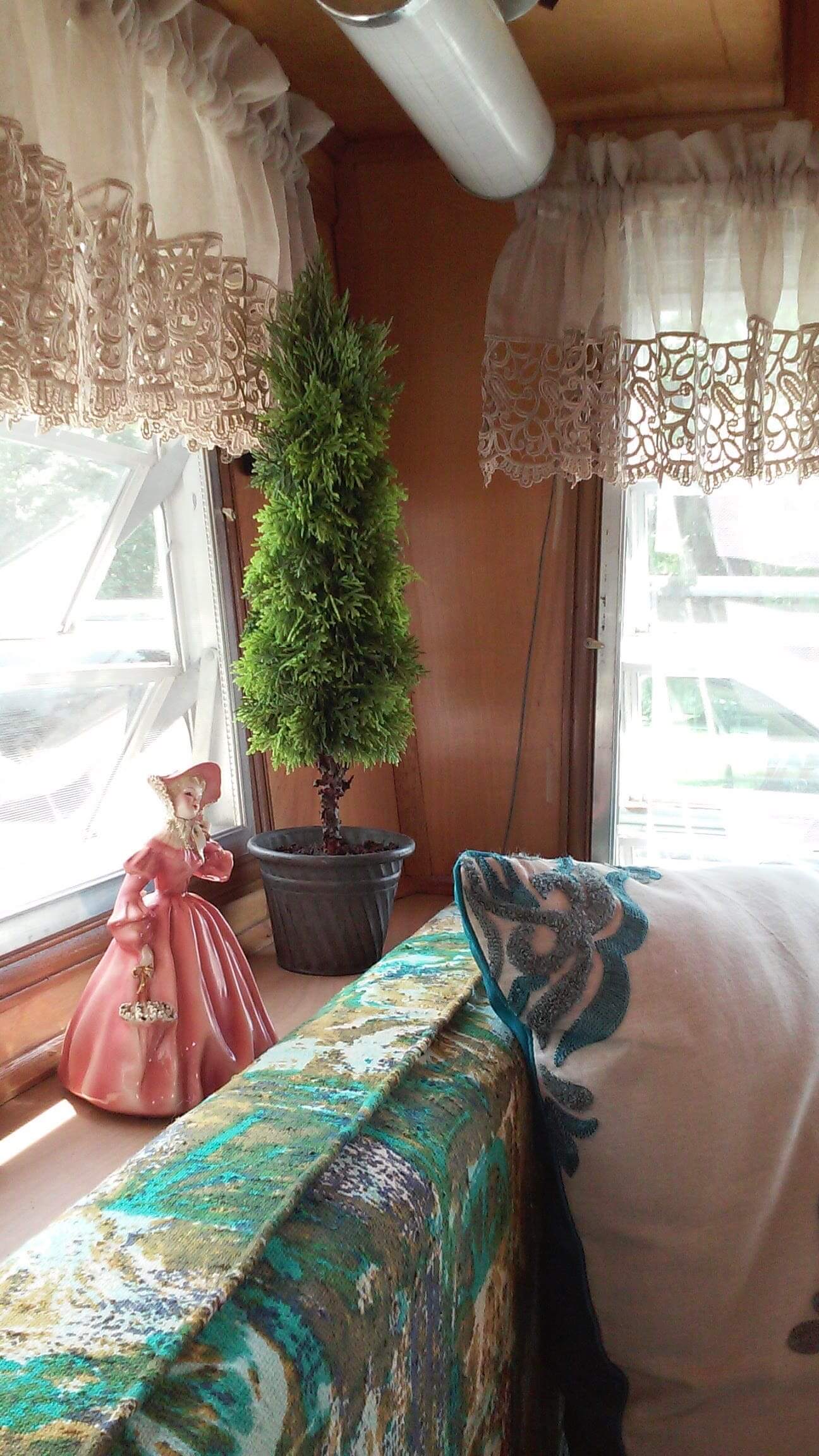 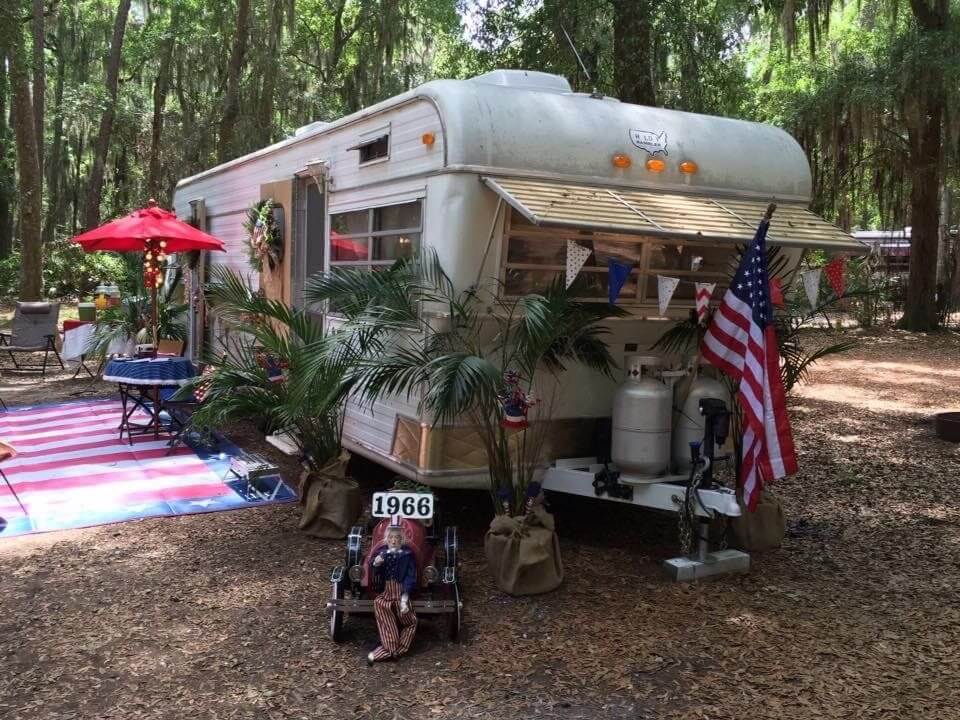 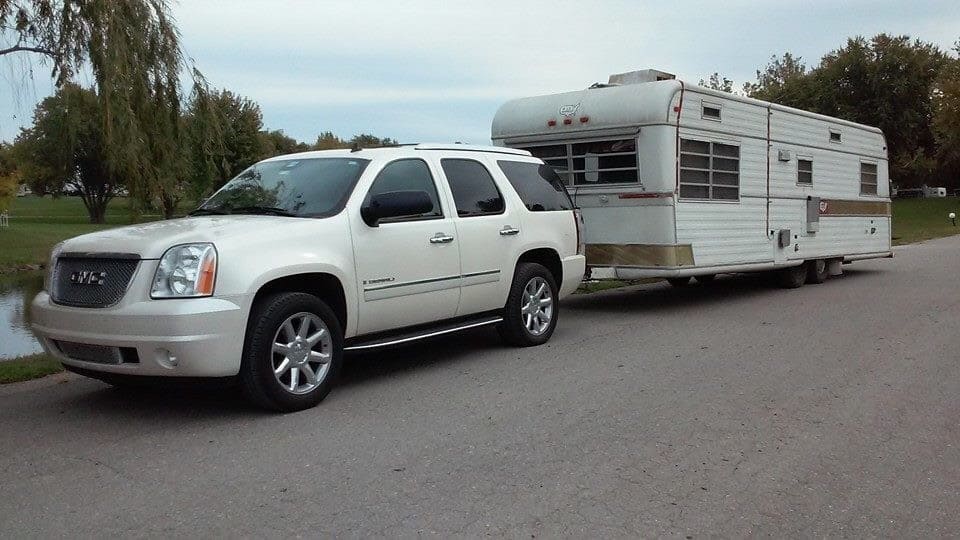 Everything was lining up perfectly. 2 weeks later, I got on the road to go get the trailer in Iowa. I took 2 days to get there. I had hired a mechanic onsite to change the seals and bearings and also check the tires before I got on the road.

Everything went well until we went to hook up. The wiring harness was not functioning. So, we hooked magnetic lights onto the back bumper, ran the cord thru the back jalousie windows, then forward to the front jalousie windows and down to the tongue of the trailer. 2 days later I made it home safely and took the trailer directly to a friend of the family who owns Low Country RV in Beaufort, SC for a complete evaluation. We added a new inverter system, larger hot water heater and tank. This trailer is in original condition inside and out. Underneath the slipcovers on the front sofa, I discovered the original barkcloth upholstery with no stains or blemishes. Incredible! All the original birch wood throughout the cabin was given several coats of Scotts Liquid Gold. The birch wood is so perfect, I can fix my hair using the wood as a mirror. The bathtub is tin. The Monomatic toilet onboard is the original toilet that was used on jet planes in the 1960’s which has a macerating system. 4 gallons of water in the hold yields 90 flushes. The trailer is equipped with the original appliances which all work better than the appliances in my house. The wool Ozite carpet is striking.

The first rally I attended, the trailer was picked as the ‘Fan Favorite’! 3 judges circled this trailer including crawling underneath her to authenticate the originally of this trailer. I asked the one judge what his thoughts were about painting the trailer since she currently has the original paint from the factory. He said the trailer is now in patina, don’t paint it! When the judges finished the inspection, they stood back in disbelief it was still so original. The trailer is one of a kind. I named this old girl, “JEWEL”. She and I love roll!This find was a needle in a haystack. There are a few good ones out there