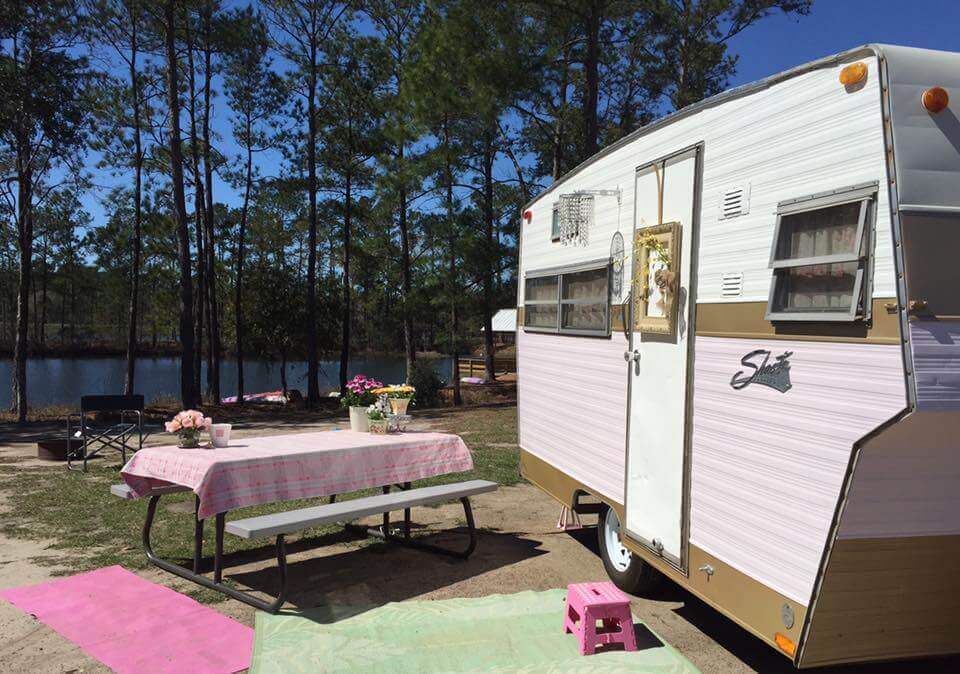 Way before I even knew I had the notion of owning a trailer, I saw a blurb in a magazine about women that road-tripped together; each of them towing their own tiny, and adorable, home on wheels! I had two boys: 8 ½ years old and a newborn. Trust me, my reality did not include any vision of me pulling a trailer. Fast-forward 15 years when, after a tent-camping trip to the beach, I decided that I ‘needed’ a camper. Two visits to Craigslist and a drive to nearby Savannah later, I owned a 1973 Shasta 1400! It was towable and considering its age, in pretty good condition. I started my Girl Camping adventures just 6 months later, in the fall of 2013. 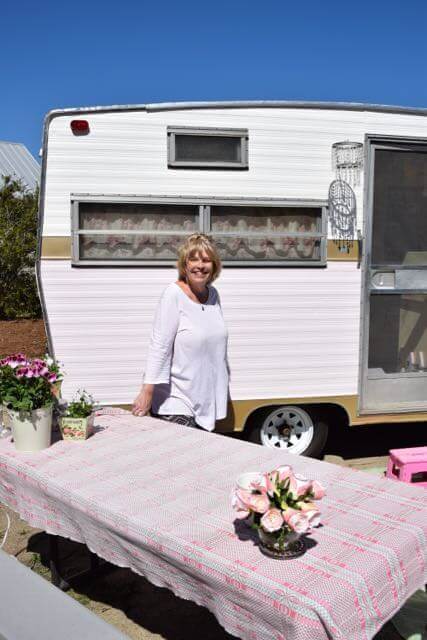 My trailer has been, and remains, a “work in progress.” Initial repairs were the dirty-work: replacing rotted framing, re-sealing seams and windows, greasing bearings and changing rims and tires. Now, it’s fun just to be IN the trailer. Sometimes I yard-camp. More times than not, I’m fixing something. I like to have one new improvement to the trailer before every trip. My trailer looks different (hopefully better) every time I hit the road! In the process, I’ve had paint on my clothes, adhesive in my hair and unidentified ick under my nails. When camping, I feel pretty darn proud. I’ve got this! Truth: buying and rehabbing the Shasta rates up there with the best adventures in my life! 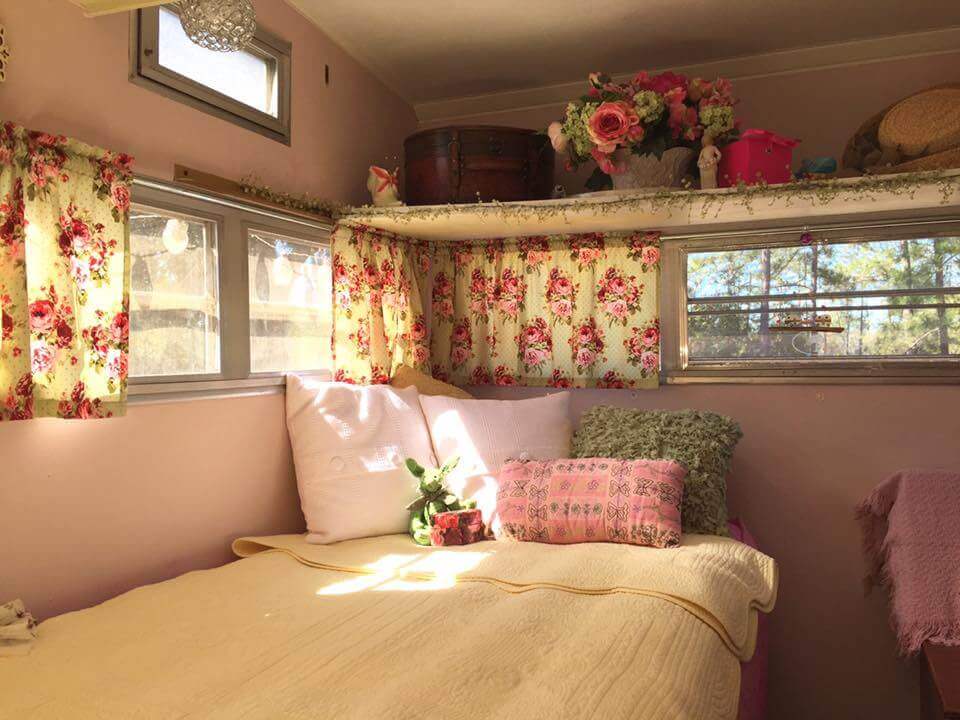 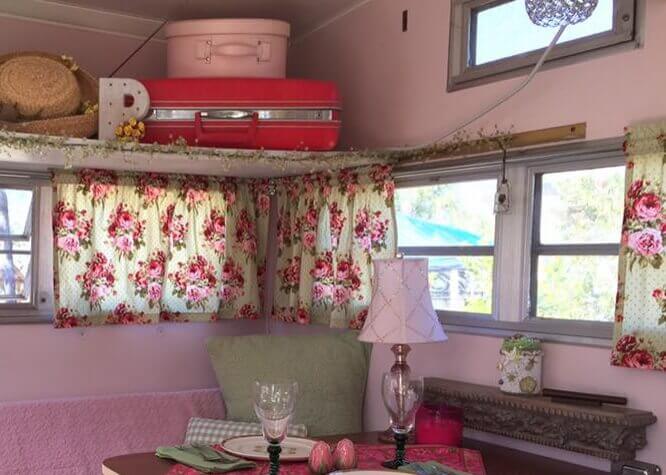 “Does your trailer have a theme?” I usually respond, “Is PINK a theme?” After raising two boys I was ready to embrace my inner, pastel-loving self. It was a given that my trailer would be my girl space. Pink on the walls lead to calling the Shasta ‘Pinkston.’ I borrowed the name from a precious co-worker of mine, Kissie Pinkston. Over time ‘Pinkston’ evolved into ‘Kissie Pink’ and ‘Kissie P.’

Mostly, I just call her “MINE.”