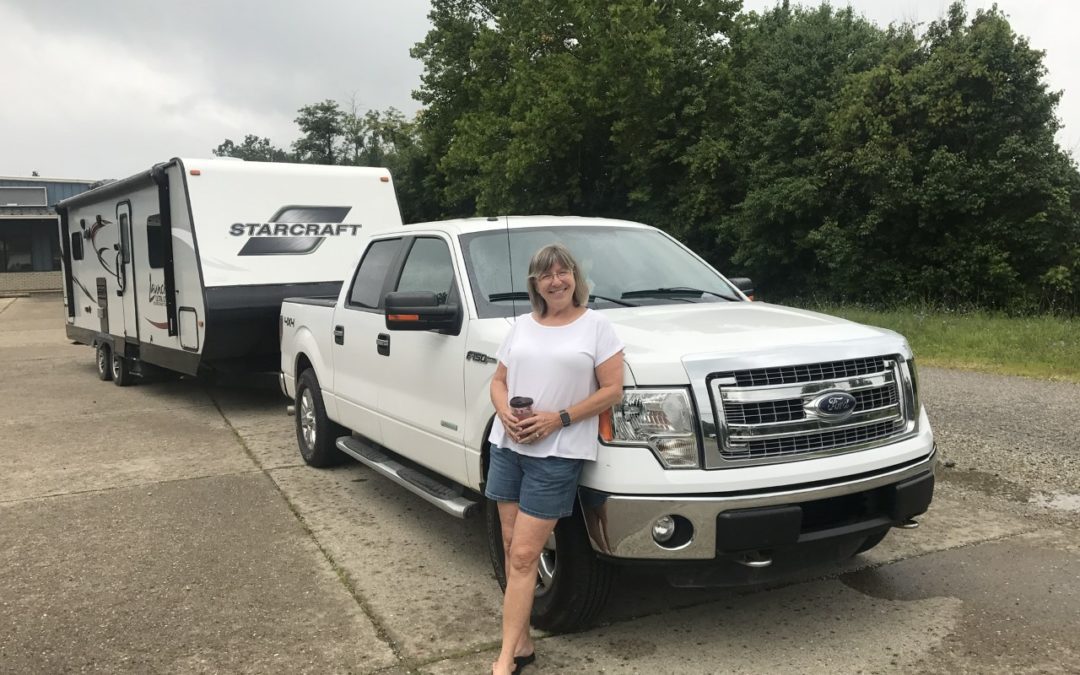 I lived in a camper fulltime for nearly three years.

After my three-month sojourn into the wilderness and backroads of Colorado, I came back a different person. A little braver, a little stronger, a little more self-assured. When my husband died suddenly, I didn’t realize at the time what else died with him. My identity. The future we had planned. My best friend and partner in crime. My soulmate. Like layers of an onion, my grief unfolded in what felt like never ending waves of pain.

I’m embarrassed to say I actually “dated” someone briefly…just five months after my husband died. In my defense, I was certifiably crazed with grief and had no earthly idea what I was doing. I was a bit hoodwinked by nothing more than kindness and all I wanted was for the pain to stop. It turns out, it was a “Band-Aid relationship”, nothing more. And, I’m not the only one it has ever happened to. The good thing is, I extricated myself from it, no matter how painful it was, and I learned from the experience.

As I muddled through that first winter without my husband, several realizations reared their ugly heads. First, we had just refinanced the house five months before he died. In order to have flexibility during the unavoidable lean months of my husband’s job, we opted for a thirty-year mortgage. Which was great if we weren’t flush for a month or two, but it was devastating when you consider I wasn’t going to be out from under a mortgage till I turned ninety!

The cost of living is high in Colorado. I lived in a resort area, not terribly far from Aspen. My COBRA insurance was astronomical, and three months before my husband died, I dropped did down to part-time at my place of employment. I was barely making enough money to buy food and gas. There is a very real phenomena called grief brain where you walk around in a perpetual fog. Decisions are difficult to make. It’s very hard to concentrate and my job in medicine required intense concentration. I knew I needed to make a change.

When your spouse dies, everyone advises you not to make big financial decisions that first year. As soon as the first anniversary of my husband’s death passed, I decided to sell my house and get out from under it. My initial plan was to pay off the mortgage and buy a condo in Denver with the proceeds. Unfortunately, the price of real estate fell on the Western Slope where I lived, and spiked drastically on the Front Range where I wanted to live near my children. By the time my house sold, there wasn’t enough money left to buy a place outright and the only option if I stayed in Colorado was to have another mortgage.

I had to change course…again.

Spending those three months in my camper after my husband died gave me an idea. I was following the Tiny House Movement. I was a member of several Facebook groups for people who live in their RV’s full-time. What if I sold my house, got rid of nearly all my possessions, traded the little camper in for one more suitable for full-time living, and….well, LIVED in it? I started getting a little excited by the prospects.

There was an RV dealer not far from my house. I went over there a couple of times a week and spent a lot of time in the bigger campers to get a feel for what it would be like to live in. I finally settled on a Starcraft Launch UltraLite 24RLS. It had a generous slide out which gave it an apartment-like feel. It slept several people comfortably so I could take my grandchildren with me sometimes. It had a cookable kitchen. I traded in the little sixteen foot and got the big girl and set my sights on fixing her up as my new home.

There was SO much I didn’t know when I bought that big camper. First off, it was not a four seasons camper, meaning it needed to be winterized. I could not keep water in it in the winter without it freezing and bursting the pipes or tanks. Also, I couldn’t put nearly as much stuff in it as I thought I could so I ended up getting rid of even more of my belongings than I had originally planned. About this time, something else put a monkey wrench in the works. My elderly aunt was living alone on the family farm in West Virginia and she was having trouble taking care of herself. After much discussion, I decided to pull my camper to West Virginia and live on the farm while being nearby to help.

This was all well and good for about ten weeks…ten long and rather miserable weeks, after which my aunt invited me to leave. On Christmas Day. Ok…that was doable. While I couldn’t pack up and drive back to Colorado, I could pull the camper to a river lot where I had electricity. I had propane heat and lights and I could cook. However, I had no running water for four months. Not exactly what I bargained for.

When life hands you lemons, you have choices. Pucker up and be a sourpuss or make something sweet. I joined Planet Fitness where, for a meager $10 per month, I had access to exercise and hot showers 24/7/365. There was a brand-new laundromat across the river from where I was staying. It wasn’t the ideal situation, and I had many friends who begged me to come stay with them that winter, but after a while, it became a challenge and I wanted to see if I could do it.

It wasn’t easy. There was that one weekend when the wind chill dipped down to twenty-five below zero. It was so cold, my refrigerator stopped working and all my food (which I had just purchased) went bad. I ended up going to a hotel that weekend. Propane was really expensive. I didn’t know where other propane dealers were so I was paying a premium price and going through two thirty-gallon canisters every week to ten days. No, it wasn’t easy…but, I did it. And I came out stronger for it.

As soon as the spring thaw came, I started traveling all over the country. I ended up spending much of two years in that camper. In the third year, my uncle asked me to come off the road and be the caretaker for the family farm…seventy-four acres in the hills of West Virginia. My grandparents’ place…the home of my heart. I learned a lot in those three years after my husband died. I learned a lot about myself and my strengths and weaknesses. I learned the difference between camping and living full-time in an RV. And, I learned I’m a whole lot stronger than I ever gave myself credit for.

I don’t live in a camper full-time anymore. But my campers (yes…there’s more than one now) live with me. As soon as it warms up in the spring, I’m out there sleeping in my favorite one! I am blessed with the ability to go for long stretches without sleeping in a sticks-and-bricks house so it’s ALMOST like camping all the time. It is so much fun to change neighbors when you change locations. Perhaps you’ll be my neighbor one of these days!

“While the earth remains, seedtime and harvest, cold and heat, summer and winter, day and night, shall not cease.”