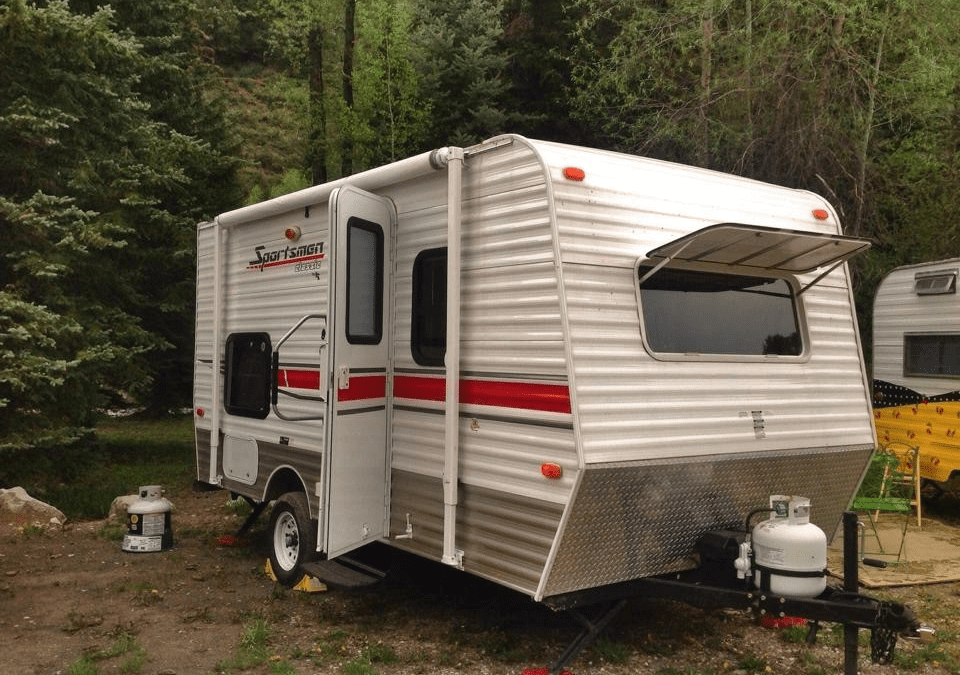 When my husband died, we were looking at campers for retirement. Before the funeral even occurred, I knew instinctively that I needed to put something joyful in front of me or I was never going to live through such a traumatic event. I had heard about women’s camping groups and a whole movement of “girl campers”. I knew when I saw those cute little vintage campers all dolled up…I had found my tribe!

Along about three o’clock in the morning, a couple of days before the funeral, I clasped my iPad in both hands and combed Pinterest for “women’s camping groups”. I knew if I dangled that carrot in front of my eyes, there would come a time when I could escape in a tiny little home of my own into the woods. There was something primal about it.

I became a member of several women’s camping groups and made some wonderful connections. One of the first women campers I met was Diane. She was a retired elementary school principal who shot from the hip and had infinite patience with me. She taught me how to back up a camper…. how to hook up and unhook at a campsite…and how to be strong and courageous in the face of uncertainty. I adored her.

One of the first things girl camping taught me was this. HE died. I did not. I owed it to my husband’s memory to actually LIVE the days he was not given. This helped me keep my focus forward and not dwell quite so much on the pain of the loss itself. In the spring of 2015, I pulled my big thirty-foot camper down to Cedars of Lebanon State Park near Nashville, Tennessee and went to the Country Living Fair.

It turns out, camping with a bunch of likeminded women is exactly what you make of it. Everyone is different and some are there for the party. Some are there for a respite from their day to day lives. Some, like myself, were searching for ways to grow and learn and become a better version of themselves. These are the women I gravitate towards. It’s not that I’m against partying…but it’s just not my focus now that I am “of a certain age”.

As I wandered around the Country Living Fair, I found the little campers on display. I also found the GoRVing people. And…I found Janine Pettit. Or, should I say…Janine found me. I received a text from Janine the day after I arrived in Tennessee. She said she had heard about my blog and read some of my story. She was interested in doing a series on “Brave Women” for her GoRVing blog, and would I be interested in meeting with her.

At the end of a very long day at the Fair, Janine invited me into her little vintage camper. We proceeded to gab away the next three hours and before we knew it, we were BFF’s. I knew I had met someone who would be influential in my life. A few months later, we met in Columbus, Ohio at the Country Living Fair there and that’s when she interviewed me for her Podcast. I immediately became Ginny “Episode 5” McKinney!

I started camping with the Girl Campers at the Fall What a Hoot. Our dear friend, Gail Bable, is a campground host at Beaver Creek State Park near East Liverpool, Ohio and she puts on What a Hoot twice a year…spring and fall. I knew I had made a friend for life when I pulled into my campsite and not only was there a sweet plaid tablecloth on my picnic table, but there was a crosscut slice of tree trunk painted with chalkboard paint and “Happy Fall” drawn on it. There were all sorts of cute autumn decorations spread on the table. I felt so special!

One year, I decided at the very last minute to attend and my truck was having a little trouble. Instead of pulling the great big camper, I took my tent and a sleeping bag. That’s when I really learned that there is no wrong way to camp like a girl. In my camper, I sleep under 800 thread count sheets on a memory foam mattress. But I’m just as much at home and welcomed in a tent. My truck has a super crew cab so I even made a bed on the floor behind the driver’s seat and slept there on one of my trips. One of the cutest setups I saw recently was Gail’s floral canopy with two tents attached to two of the sides. The tents made the canopy sturdy in the spring winds that were buffeting us.

As time has passed, Girl Camper has grown and there are more and more events being planned. It’s really easy to host an event and I would invite you to join in. Show us where you live. Teach us something we don’t know. Share with us some knowledge we don’t possess. Don’t be shy. Live and learn. Stretch and grow. Be a Girl Camper and…Go Places, Do Things! Maybe we will meet around the campfire one of these days!

Your word is a lamp to my feet and a light to my path.